The humble three-panel strip has been around for a long time now and it still has the pulling power to lighten up any page it's used on.

'CLANCY' is a laconic Australian farmer who thinks the book,'Farming for profit' should be located in the fiction section of the local library.

He's funny, biting, insightful and never boring. Whether at the local pub, (Think of an Aussie version of, Andy Capp) or dealing with his long-suffering brother-in-law who came for a short visit...four years ago or spinning yarns that keep his readers smiling 15 years after he first appeared in print.

CLANCY is available 6 days per week for all forms of print or online media. 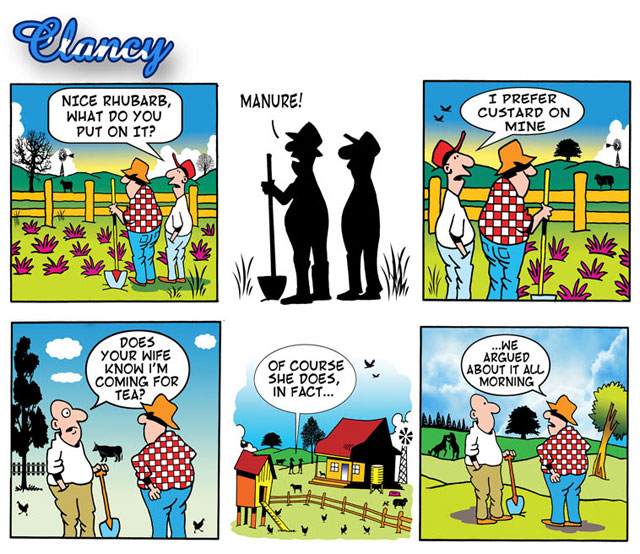 'GEN WHY' Deals with the character, Bluebottle, who in keeping with many of this generation, drifts from jobs such as waiting in restaurants, call centre operator, tech support adviser to out-of-work (again) loser.

And he's not too successful on the relationship front either, telling one blind date that she was unlike any girl he'd met online. Why? Because she turned up!

GEN WHY is available 6 days per week in all forms of print or online media.